When All Seems Lost 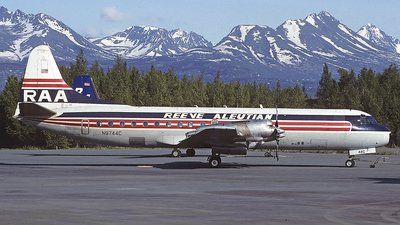 If you have been following our blog – and if you have, we say “thank you” – you know that I enjoy doing research into the world of aviation. I am not a pilot (wish I was), but I believe many of the lessons there can be applied in the law enforcement world.

Today’s “research” involves the documentary series, Air Disasters. Specifically, I am watching Season 4 Episode 1. In this episode, an old, very old, airliner in Alaska is severely damaged when one of propellers comes off the engine while in flight. If that wasn’t bad enough, when the prop came off, it severed part of the cabin and several of the control wires.

All seemed lost. The plane was over the ocean, heading in the wrong direction, and the controls were compromised.

So what did the flight crew do? A whole bunch of things that didn’t work. Some caused the situation to get worse. But when something didn’t work, they tried something else. And they kept at it.

They kept trying, adapting their strategies, and working until they found things that worked. Several of the tactics had never been tried. Some seemed to be illogical and perhaps even prohibited by company policy – but they worked. And they worked well enough that they were able to land with no loss of life.

Leaders are dealers in hope. They do what is necessary for their people so that their people in turn can accomplish the mission. When all seems lost, that’s when true leaders step up.